Switch on to NFTs

If you remember one thing about this article then let it be the following: More than a new what NFTs represent a new how.

Non Fungible Tokens are a way to prove ownership of things, any things – immaterial ones included, which is the interesting part for digital artists: for the first time they can pin their creations down in virtual reality, sign it and sell it to the highest bidder. A commodification previously reserved for physical art at fine art institutions. This expansion of the art market makes room for memes, gifs, tweets and mind tingling digital artworks to be traded in their own right and earn their creators a living. This revolution has resulted in an opening party at the intersection of art and tech and the banners say NFT.

What, exactly, is an NFT?

What does Non Fungible Token mean?

Where do NFTs live? 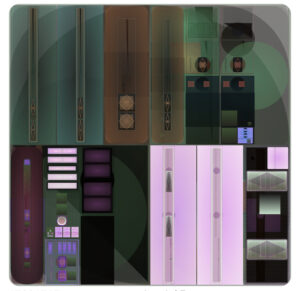 Who are the key players in the NFT game?

Why is this NFT moment important?

For specific insight into our role as new media art custodians watch our founder and director, Merel van Helsdingen, speak on the ‘Curating Digital’ panel at Art Basel 2021.
For further digestion of NFTs in the art world, our curator, Jesse Damiani speaks on the subject here, here and here.