Black holes exceed our ability to comprehend; they are sites where the reliable laws of human life warp.

In a giant star’s final moments, atoms compress to a point where density becomes infinite, time stretches to a stop and the gravitational field is so strong that not even light can escape: a black hole. But the force that creates this dark shadow also spews out a supernova explosion of matter that can eventually coalesce to form planets, plants and people. In Distortions in Spacetime, visitors will see themselves reflected in this matter and will begin to understand the cosmic connection between black holes, dying stars and our very existence.

Marshmallow Laser Feast is a London based experiential collective working at the intersection of science, art and technology. Marshmallow Laser Feast’s work illuminates the hidden natural forces that surround us, inviting participants to navigate with a sensory perception beyond their daily experience. In these spaces, the known physical world is removed to reveal networks, processes and systems that are at once sublime, underpinned by research, and fundamental to life on Earth. MLF’s work has been exhibited internationally, including Lisbon triennial, Istanbul design biennial, STRP biennial, New Frontiers at the Sundance Film Festival, Storyscapes at Tribeca film festival, V&A Museum, Design Museum London. 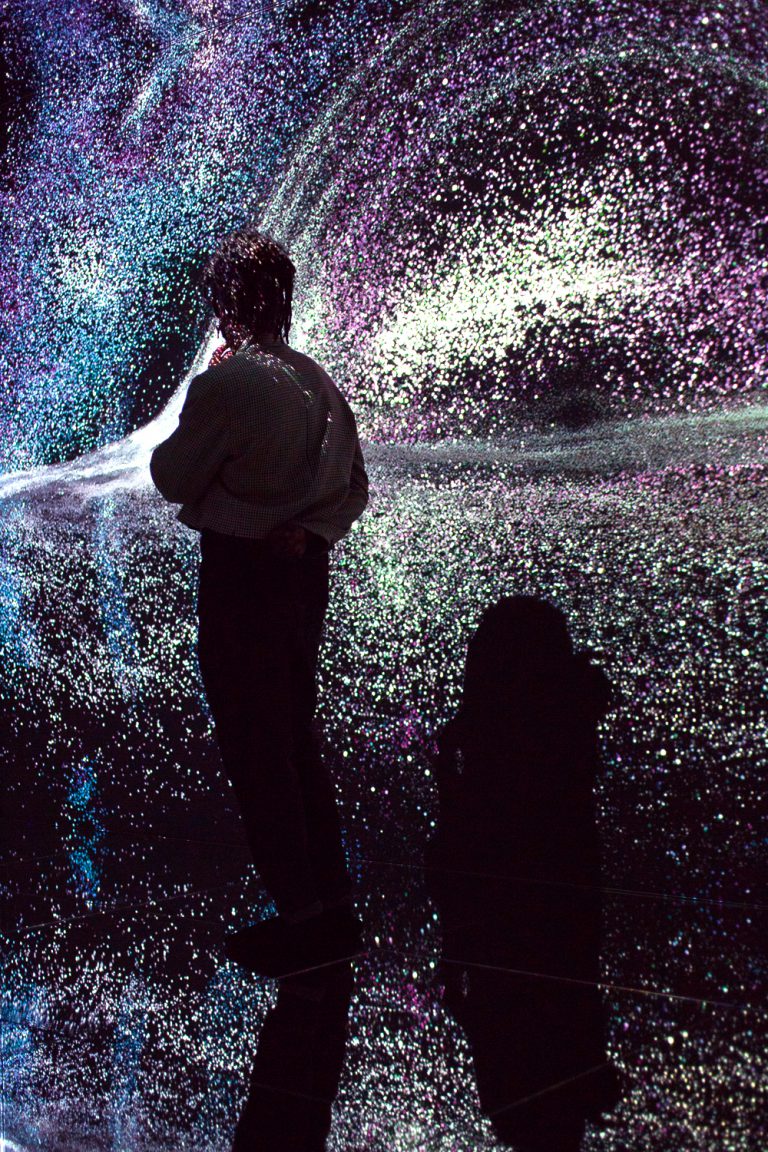 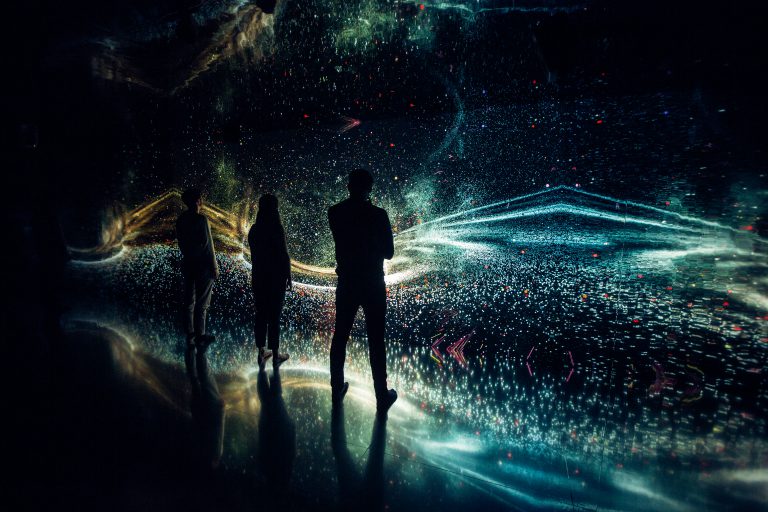 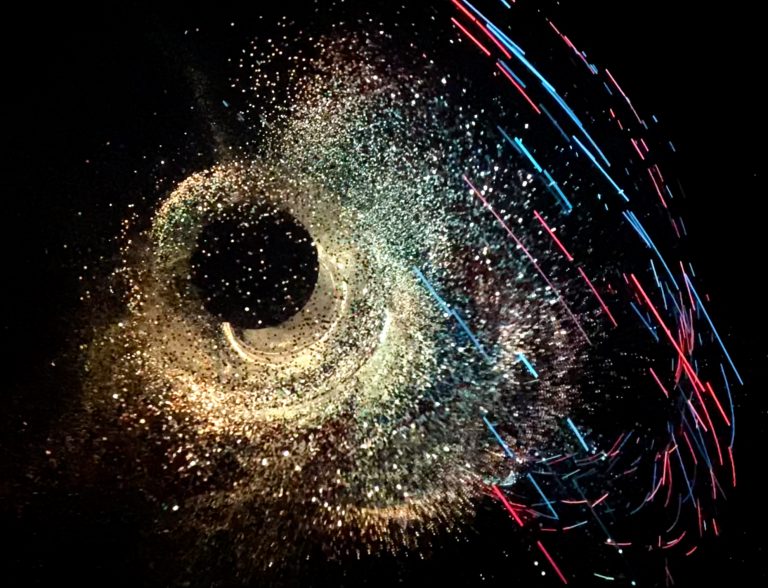