Zoom Pavilion is an interactive video installation showcasing the ubiquity of surveillance in contemporary society. The work was created by Rafael Lozano-Hemmer in collaboration with Krzysztof Wodiczko, to turn spectator into spectacle. Using facial recognition, blob tracking and subtraction algorithms, an ecosystem of 12 cameras track and categorise the people in the room based on their proximity, projecting them onto life-sized screens. See yourself paired up with another visitor’s face as you feel the threat of surveillance magnifying.

Zoom Pavilion marks the first collaboration between artists Rafael Lozano-Hemmer and Krzysztof Wodiczko. It was originally conceived for the Architecture Biennale in Beijing but only realized for Lozano-Hemmer’s current solo exhibition in Mexico City’s MUAC Museum. These artists’ practice often involves transformation of an existing built environment using projection technologies to “augment” the site with alternative histories, connections or public relationships. The term “projection mapping” is now used often to describe techniques that Wodiczko was already deploying over 30 years ago. Meanwhile Lozano-Hemmer’s contribution to the field in the past 20 years has been to develop ways to make mapped projections interactive with the general public. 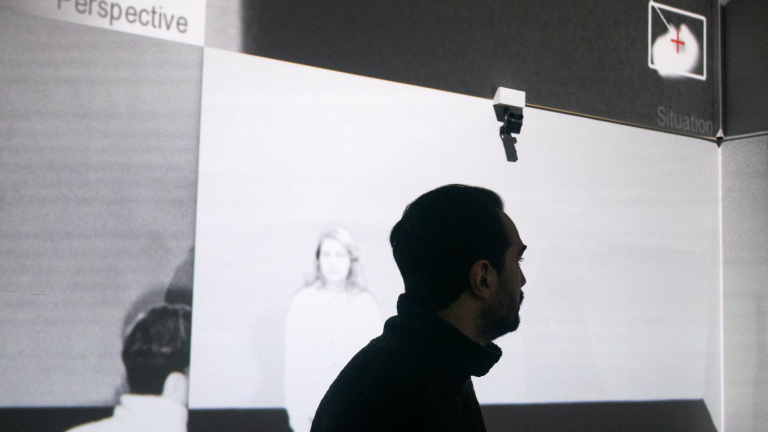 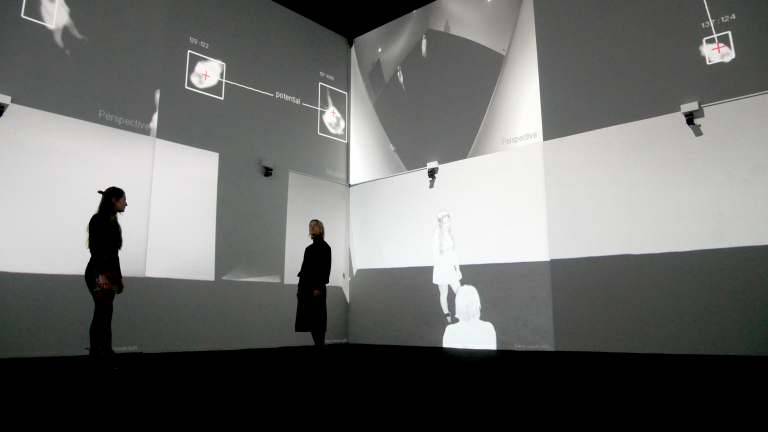 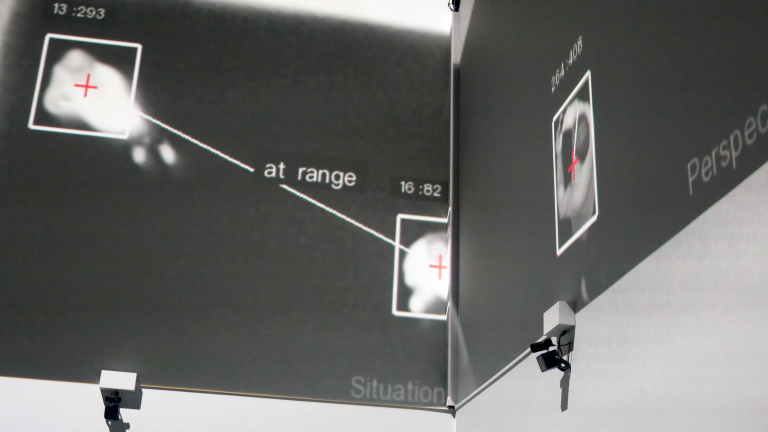 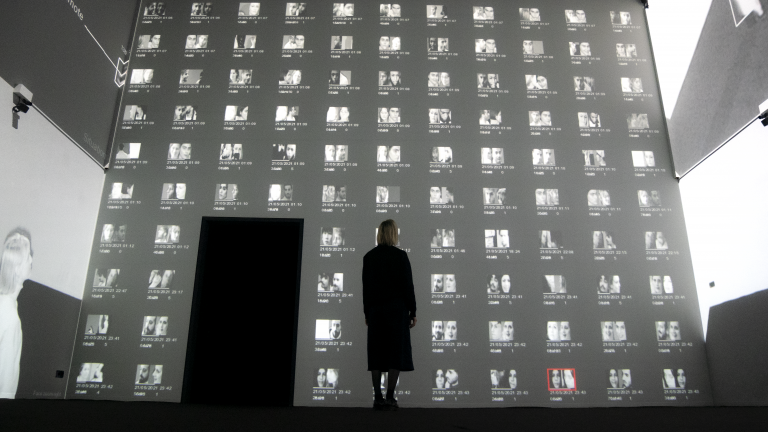